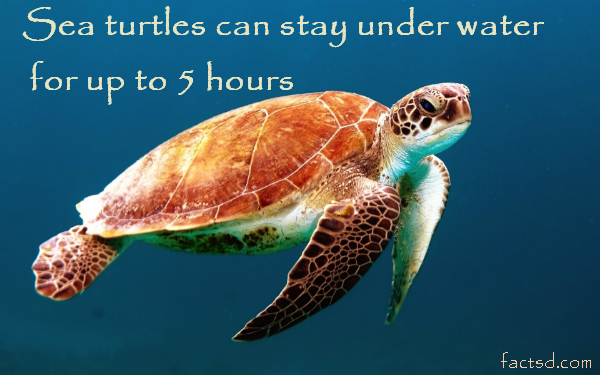 Male and female sea turtle cannot be differentiated externally until they reach maturity.

Two or more males may court a single female.

Bigger species of sea turtles are found in the southern hemisphere in tropical and warmer waters.

Sea turtles have lungs and breathe atmospheric air and they need to come back to the surface to breathe.

Japan has emerged as the principle country buying shells from tropical countries to produce handicrafts.