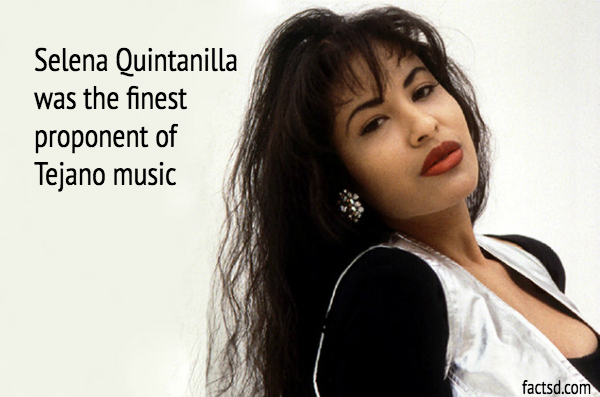 Selena Quintanilla was the finest proponent of Tejano music.

She gained prominence at a very young age and shoot to stardom.

She was very popular with the Hispanic community who lived in the southern part of the US.

Her albums were a hit and enjoyed high sales.

She won many awards including the Grammy.

Selena was crazy about music and formed her own band Selena Y Los Dinos.

Her brother Abraham played the bass while Sister Suzette played the drums.

Her father, himself a musician recognized the talent of his children and became their manager and producer.