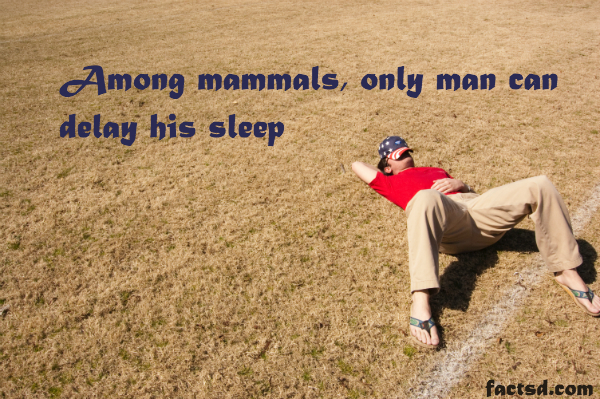 Sleep facts: 36 Interesting facts about sleep. Sleep is one of the most complex physiological processes which is still not fully understood till now. An average man spends one third of his life sleeping. Still we know very little about how it functions and what is its role in the life process.

Its no wonder there are so many pervasive myths about sleep.

Research on sleep began only in the middle of the 20th century.

The REM or the Rapid Eye Movement sleep was first discovered in 1950’s.

It was in the late fifties that research about sleep started in the right earnest. Sleep evoked very little scientific interest because it was thought to be a passive process.

Sleep is not a passive activity but is a process characterized by complex, regular and cyclic pattern each night. There are various hemostatic processes which happen during sleep.

The endocrine glands, which pours its secretion directly into the blood, increases the secretion of growth hormones and prolactin, which is vital for the functioning of our immune system.

The REM sleep is the period when we dream and can be easily discerned by the rapid movements of our eyeballs.

REM sleep or dreaming is crucial and is a process by which long-term memories are consolidated, and neural connections are built.

Among mammals, only man can delay his sleep.