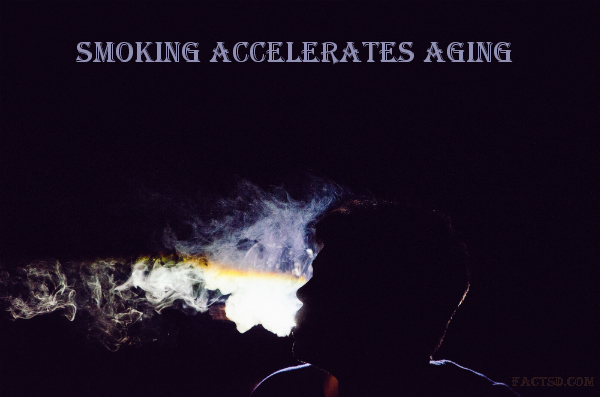 Smoking facts: Interesting facts about smoking. Tobacco is prepared from the leaves of the tobacco plant by curing them. It contains the alkaloid nicotine, which is a stimulant. Dried tobacco leaves are used for smoking in cigarettes, cigars, etc. It can be taken in many forms such as chewing, inhaling, snuffing etc. In modern times it is majorly taken through inhaling. Breathing the product causes the lungs to absorb it and it enters different levels of human body within seconds. Smoking is considered as most common and most addictive bad habit because of its health hazards. Deaths causes by tobacco abuse are highly increasing every year. Tobacco is the most common drug available globally that is taken by over one billion people. The younger generations are getting addicted to it and mostly it has become a fashion statement. Many a times it is seen as an alternative to stress and personal issues. Smoking is a major factor causing many diseases, especially those affecting heart, lungs and liver as well as many cancers. Tobacco is named as the world’s single greatest cause of preventable death by WHO. Governments every year raise the price of the tobacco to discourage people from smoking but people are becoming slaves to it and spending most of the earnings on smoking. Let’s explore more facts about smoking.

Immune system of a smoker is more active than a non-smoker, because it has to work very hard.

Smoking causes structural changes to the taste buds on tongue. So in long run smokers can’t enjoy the full flavors of coffee because they can’t taste bitterness like non-smokers do.

The largest anti-smoking ad campaign “Truth” is funded by tobacco companies as part of settlement to be exempted from individual lawsuits stemming from harm caused by tobacco.

Your sense of smell and taste begin to improve within 48 hours of quitting smoking.

If you’re trying to quit smoking, go to a sauna 3 days in a row. You’’ sweat out the nicotine and it’ll be easier to quit.

Couples, who smoke, have more fertility problems than non-smokers.

Smoking causes the breast to sag faster than normal, as it breaks down a skin protein called elastin that gives the skin its elastic appearance and supporting the breast.

Your body takes 6 – 8 hours to process the toxins taken up by smoking just 1 cigarette.

Smoking can make you nipples fall off and turn them purple because nicotine and carbon monoxide disrupts blood flow in nipples.