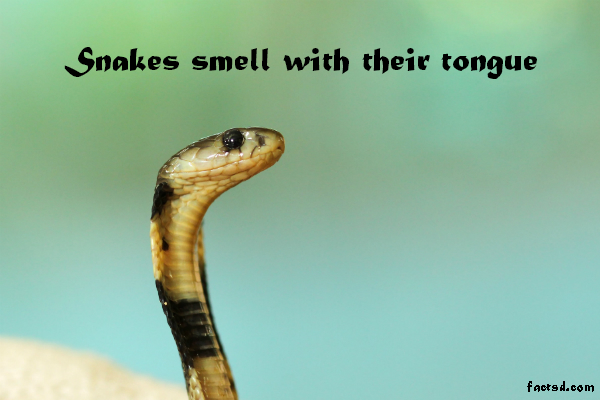 Snake facts: Facts about Snakes that you didn’t know. Snakes are skilled hunters, masters of disguise and champion eaters. Snakes are elongated, legless reptiles and carnivores animals which mean that its meat all the way with them. Most of them eat rodents, such as rabbits, rats and mice. Many believe that snakes are naturally aggressive and mean but that’s not true, they are interesting creatures and many of them are pretty passive. Most of them are shy and want to be left alone. Snakes play an important role, they keep the rodents population in check and prevents food and crops from getting damaged by them. Snakes can’t regulate their body temperature, they need external source such as sunlight to keep them warm and hence most snakes are found in hot, humid places like rain forests. Let’s delve into some interesting facts about snakes.

The warmer a snake’s body, the more quickly it can digest its prey.

The amount of food snakes ingest determines how many offspring it will have.

Shedding scales helps snakes to get rid of ticks and parasites.

Scales cover every inch of a snake’s body, even its eyes.

There an island called “Snake island” in Brazil that has 1 to 5 snakes per square meter.

If a snake is threatened immediately after a meal, it will often regurgitate its food so that it can escape quickly.

Snakes growth rate slows as it gets older, but it never stops growing.

Snakes lie on rocks and roads because stone absorbs heat from sun, which warms them. Snakes cannot function properly if the temperature reaches below 50 degree F.

Snakes smell with their tongue.