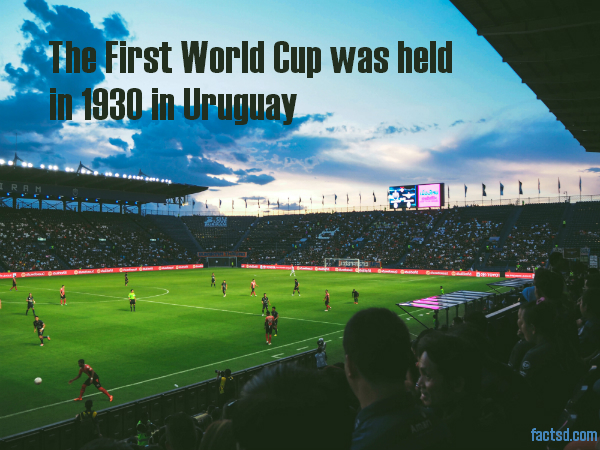 Soccer facts: Interesting facts about Soccer. Soccer also known as football is the most popular sport in the world. It is being played by over 250 million people every year in more than 200 countries. Soccer was included in Olympics in 1990 and Paralympic sport in 1984. There are two teams of 11 players who try to score a goal with a ball. Let’s explore fun facts about soccer.

The aerosol spray used by medical staff is an air freshener to lessen the player’s smell of sweat, grass and the dirt so treatment can be more easily provided.

The only World Cup that was held in two different countries was the 2002 World Cup, held in Seoul, South Korea and Tokyo, Japan.

On the list of interesting facts about soccer is the fact that FIFA is considering expanding the number of first round teams from 32 to 40 teams for 2018 World Cup.

8 out of the 12 cities in Brazil that hosted the 2014 FIFA World Cup are among the 50 most violent cities in the world!

Germany was banned from participating in the 1950 World Cup as a punishment for its aggression in World War 2.

FC Barcelona has a reverse sponsorship with UNICEF. The team wears the logo of UNICEF on their jersey while donating 1.5 million Euros each year.

Hitler started hating soccer because it couldn’t be fixed to ensure German victory over the non-Germans.

Brazil has the most number of World Cups with 5 cups.