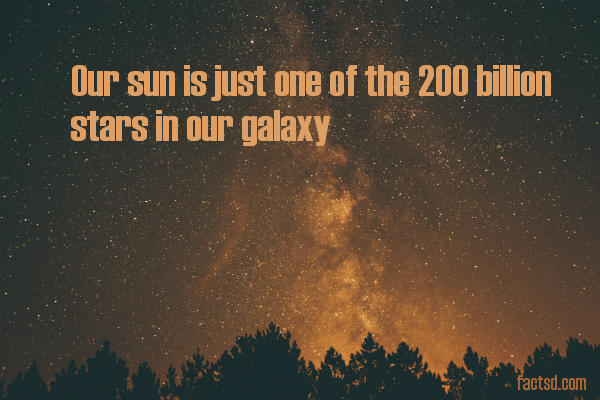 86% of solar system mass comes from the sun and only 0.14% comes from remaining planets.

The planet Jupiter is considered as the solar system’s garbage disposal, because of its strong magnetic field that attracts space debris.

All the heavier elements in our body such as iron, carbon, calcium etc were made in supernova explosion.

Every year our moon is moving away from the earth with a distance of 4cm (1.6 inches).

Mercury, Venus, Earth and Mars are called terrestrial planets and are mostly composed of rock and metal.

The Astronauts can grow two inches taller due to lack of gravity in space.

The edge of our solar system is more than 1,000 times father than Pluto.

We cannot burp in space.

Solar system lies in a quite area of our galaxy, far from its busy center where a supermassive black hole exists, it has 4 million times the mass of our sun.