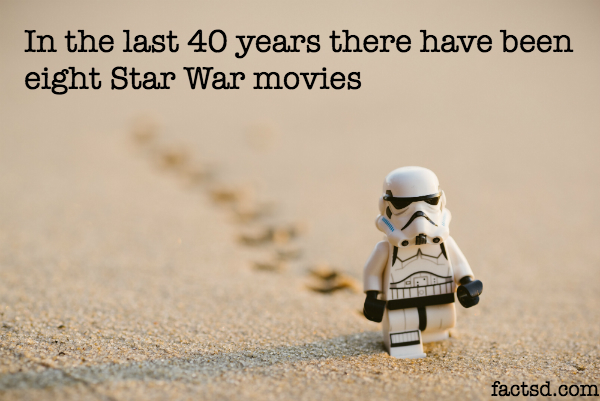 Star Wars was not the original title of the sci-fi flick and was to be named as Adventures of Luke Starkiller. However it was later changed into The Star Wars and later just Star Wars.

In the last 40 years there have been eight Star War movies.

The character of Chewbacca was inspired by George Lucas’ dog Indiana. It was an Alaskan malamute.

Orson Welles was originally selected to give the voice for Darth Vader which ultimately went to James Earl Jones.

The actor, David Prowse who played the role of Darth Vader was angry because his voice was replaced by Earl Jones and cried “reverse racism”

The production of the film was troubled as if a curse has been put on the film.

The shooting started in Tunisia which was to represent the Luke Skywalker’s home planet, Tattooine and the nation had the first rain storm in more than 50 years and the day was called off.

The shooting of Star Wars almost started a real war with the Libyan army mistaking the Jawa sand crawler near the border to be a massive military vehicle.