Sun Facts – Interesting and Fun Facts About the Sun 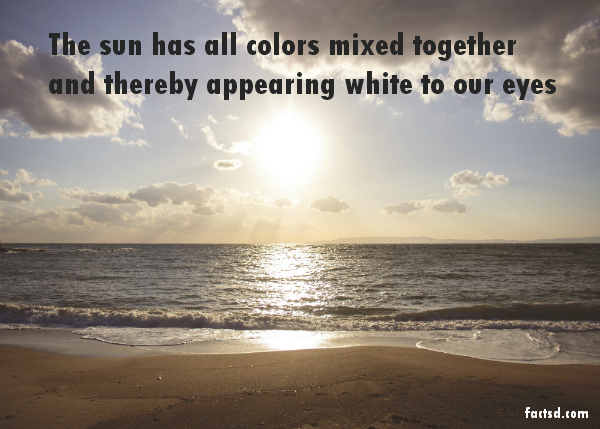 Sun facts: The Sun is a star at the center of the Solar System. It is the most important source of energy for life on Earth, without it life wouldn’t exist. We all enjoy the sun, but how much do we know about the scorching ball of fire in the sky? Lets Dig into for exciting facts about the Sun.

Facts About the Sun

Sweating increases the skin’s sensitivity to ultraviolet radiation and thereby increasing the risk of sunburn and sun damage.

Viewing the sun through binoculars may result in permanent damage to the eye. If there isn’t a filter that blocks UV and substantially dims the sunlight.

Sun does not have a definite boundary, and the density of the outer parts decreases exponentially with increasing distance from its center.

The core is the only region that produces appreciable amount of energy through fusion. Remainder of the sun is heated by this energy as is transferred outward through many successive layers, escaping finally though photosphere.

The sun is mostly made up of two gases, 74% hydrogen and 24% helium. Oxygen, carbon, iron, and neon make up the remaining percentage.

One day, sun is going to consume the Earth and this would happen after it burns up all its hydrogen and would take around 5 billion years. During this time, it would expand and engulf Mercury, Venus and Earth, and by this point it will become a red giant star.

Partial Solar Eclipses are hazardous to view because our eye is not adapted to the unusually high visual contrast.

The sun has all colors mixed together and thereby appearing white to our eyes.