Toilet paper was taxed in 1996 when President Clinton passed a law on toilet paper, taxing 6 cents each roll and increasing the price of the products to 30 cents per roll.

An average person spends about 3 months of his lifetime in toilet.

There are 18 times more bacteria on mobile phones than bacteria.

Computer keywords can carry over 200 times as many bacteria as a toilet seat.

In Taiwan there is a toilet themed restaurant where food is served on miniature toilets.

Toilet paper was invented in China in the 6th Century. 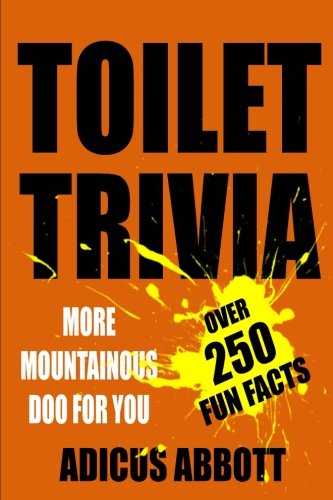