The first flushable toilet is invented by Arthur Giblin.

An average chopping board in kitchen has 200% more fecal bacteria than a toilet seat.

King George II died falling off in the toilet in 1760.

It is found that more people are having phones than toilets.

70% of couples in the U.K. have arguments over bathroom.

The World Toilet Organization was founded on November 19, 2001.

6 liters of clean water is used by an average toilet.

People in ancient Rome had a toilet god, sewer god and excrement god.

The word toilet is derived from French and it means “act of washing, dressing, and preparing oneself”.

There are public toilets for dogs in China. 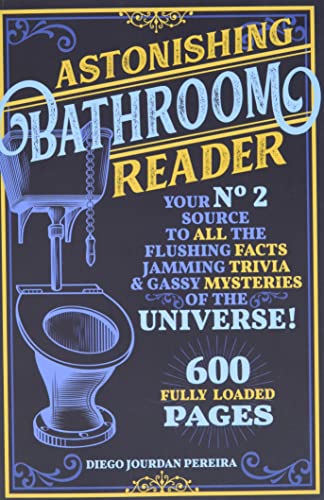