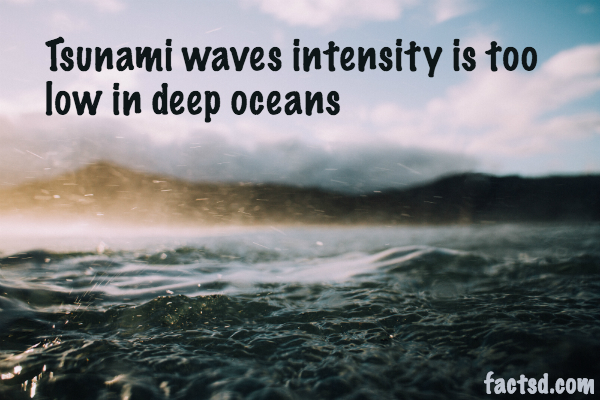 Tsunami facts: 45 Interesting facts about tsunami. Tsunami in Japanese means “great harbor wave.” They are giant waves caused by volcanic eruptions or earthquakes under the sea. Tsunami waves does not increase in height in the depth of the oceans, but as they travel inland their height increases dramatically. Let’s explore more facts about tsunami.

Tsunami’s retain their energy, i.e. they travel across the entire ocean only with limited loss of energy.

It is estimated that 80% of the tsunamis in the Pacific Ocean are caused by earthquakes.

Tsunamis move in great speeds in deep waters than in shallow waters.

The most number of tsunamis are recorded in the year 1938, where 19 of them occurred.

The biggest tsunami occurred in Alaska on July 9, 1958. Tsunami hit the southwest shoreline of Gilbert inlet, the waves reached as high as 1,720 feet. However, it had a miraculously low death toll of 5 people.

The top of the tsunami wave is faster than the bottom, which causes it to rise so high.

Tsunami in 2004 in the Indian Ocean killed more than 230,000 peple in 14 countries from Thailand to Africa.

2011 tsunami caused by the Tohuku earthquake off the coast of Japan killed more than 15,000 people.

Nearly 80% of the tsunamis occur within the Pacific Ring of Fire.

Tsunami waves get stronger and stronger, and the first wave is not the strongest.