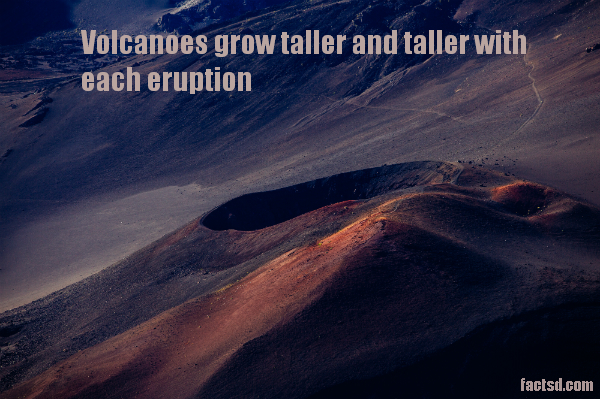 Volcano facts: Interesting facts about Volcanoes. Volcanoes are manifestation of the fiery power contained deep inside the Earth. It is one of the most dangerous natural disasters like tornadoes and Tsunamis. Volcanoes are openings in the Earth’s surface, usually a mountain, from which hot magma, gas and ash can escape. The gases and particles are thrown up through the opening and fill the air with lava fragments. Volcanoes occur because Earth is broken into tectonic plates that float over the mantle, when they collide and slide one is pushed down while the other slides up, and the magma that comes up between the plates, works its way to the top of the volcano. Volcanoes grow taller and taller with each eruption. They are found all over the earth, not only on Earth but they are also found on other bodies of our solar system.

A volcano has been discovered in Antarctica that is buried under a thick layer of ice that could cause global sea levels to rise when it erupts.

There are no active volcanoes in Australia because it is entirely in the middle of a tectonic plate.

Some volcanic islands such as Iceland and Hawaii have black beaches. Their sand is made of basalt an igneous rock formed when lava cools and has been broken down into sand particles.

Indonesia has the most volcanoes than any other country in the world.

Venus has the largest number of volcanoes in the solar system. It has over 1,600 volcanoes.

10 to 20 volcanoes are erupting somewhere on Earth every day.

Over 80% of Earth’s surface is volcanic in origin. Even the sea floor and mountains are formed by volcanic eruptions.

Maleo birds use the heat from volcanoes to hatch their eggs. They bury their eggs in soil or sand near volcanoes. When the chicks hatch they claw their way to the surface.

Iceland is almost entirely made of volcanic rocks like the ones found on the ocean floor.