Learn More About Europe With These Cool Denmark Facts 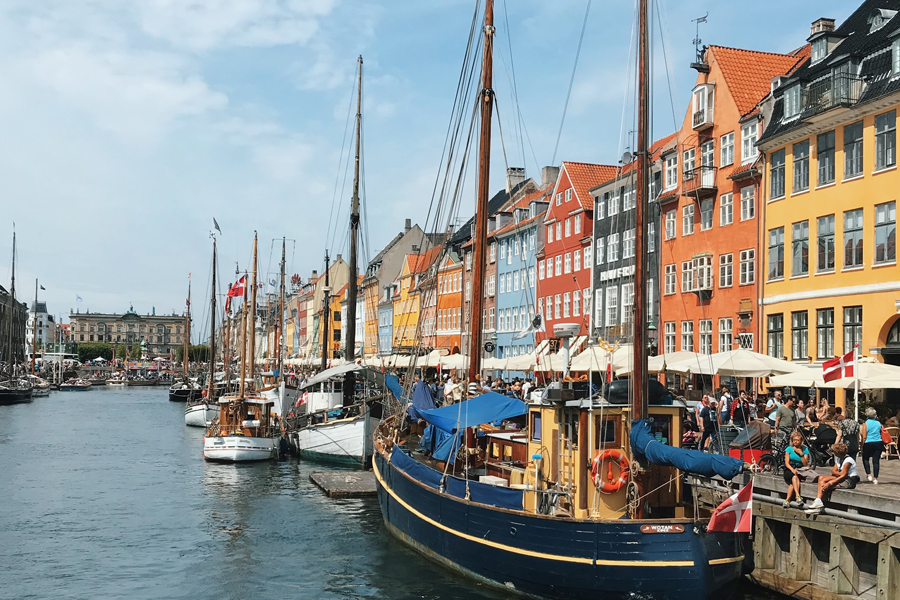 Ready to learn all the Denmark facts you could possibly want to know? That's great -- because Denmark is a beautiful country with a rich history.

You may find it easy to dismiss Denmark, which is situated in the very north of Europe. The nation conjures up images of Scandinavian restraint, the clean lines of modernity coupled with the certainties of ancient traditions. Windswept, a little dark perhaps, it's the land of Lego, long nights, and muted colors.

But here’s something you probably didn’t know about Denmark. It’s one of Europe’s most sought-after vacation spots.

For a country that has more bicycles than cars – twice the number in fact – you’d think that untamed nature was all the place had to offer. True enough, Denmark is one of the cleanest countries in the world and offers unparalleled access to areas of outstanding natural beauty.

But it’s also filled with attractions to suit all tastes. From bespoke city escapes to sailing trips in a Viking longboat, Denmark prides itself in offering the kind of experiences you won’t find anywhere else.

It is Denmark facts such as those that have ushered in an explosion of tourism in recent years. The kingdom – an archipelago made up of some 100 islands – boasts some truly stunning coastline.

Indeed, there’s over 7,000 km of it. The rain might drizzle down as singing cyclists on Christiana bikes whizz by, but it never seems to matter all that much. The opportunity to wolf down a couple of hotdogs, hop on driverless trains, and finish the day dining on some of Europe’s most highly-rated cuisine is hard to pass up.

Many Denmark facts surprise the uninitiated. It is, after all, a proud nation, and one rich in history.

A Brief History of Denmark

When most people think of the Danish, they tend to think of Vikings, thick-rimmed bacon, Lego, Lurpak, and Lalandia. But scratch beneath the surface, and you’ll discover so much more.

Humans began settling the area in around 2700 BCE. By the 4th Century, CE Viking raiders were already making a nuisance of themselves. Raids across the coastal regions of Europe became an annual occurrence. The Vikings continued to make trouble for the next six centuries or so.

They founded the city of Dublin in the 9th century, then conquered England in 1013. In 997 they discovered North America, several centuries before Columbus claimed to have been the first European to have done so.

Still, for a nation founded on blood-soaked sagas, they adapted to changing times with remarkable restraint. By the time Bishop Absalom founded Copenhagen in 1167, Denmark was already a thriving, Christian kingdom.

In 1497, Copenhagen Univesity came into being. Although a little late to the table by European standards, it quickly established a reputation for excellence.

By the mid-nineteenth century, the modern Danish state was born as a constitutional monarchy, supplemented by a two-chamber parliament. 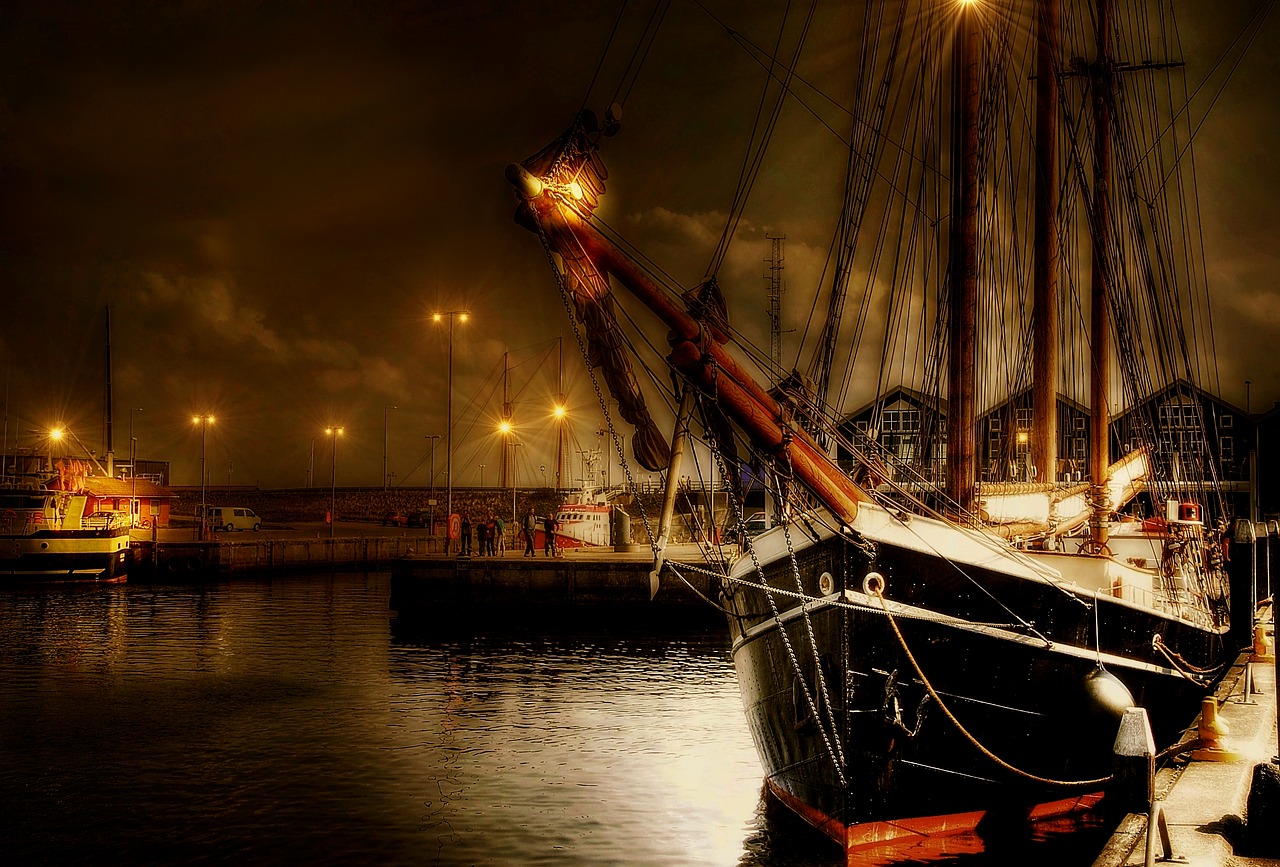 Of course, a historical overview of a nation is a beautiful thing, but it rarely paints an entire picture. Because of course, many Denmark facts are the product of modern thought, as far removed from its Viking past as the Superbowl is from the passenger’s aboard the Mayflower. The so-called rooftop of Europe holds more surprises than you might think.

Most of us can rattle off a wide variety of world cuisine without breaking a sweat — a pasta dish from Italy, quiche from France, a Hungarian goulash here, a Greek Mousaka there.

Danish food is a little more opaque. We’ve no doubt all enjoyed a Danish pastry or two, but most of us can’t tell a mørbradbøffer from a smørrebrød let alone figure out how to correctly pronounce such words. That's why it might come as a surprise to learn that Denmark is something of a foodie mecca.

In Copenhagen, the two Michelin star restaurant Noma found itself named the best restaurant in the world on no fewer than four separate occasions.

Just down the road, another establishment, Geranium, also made the top 20 despite heavy competition from New York’s Cosme and Tokyo’s Narisawa.

And it’s not just fine dining that ranks highly among some of the more remarkable Denmark facts out there. Even Danish street food is delicious. A typical smørrebrød (literal translation butter bread), is a bit of a mouthful in more ways than one. 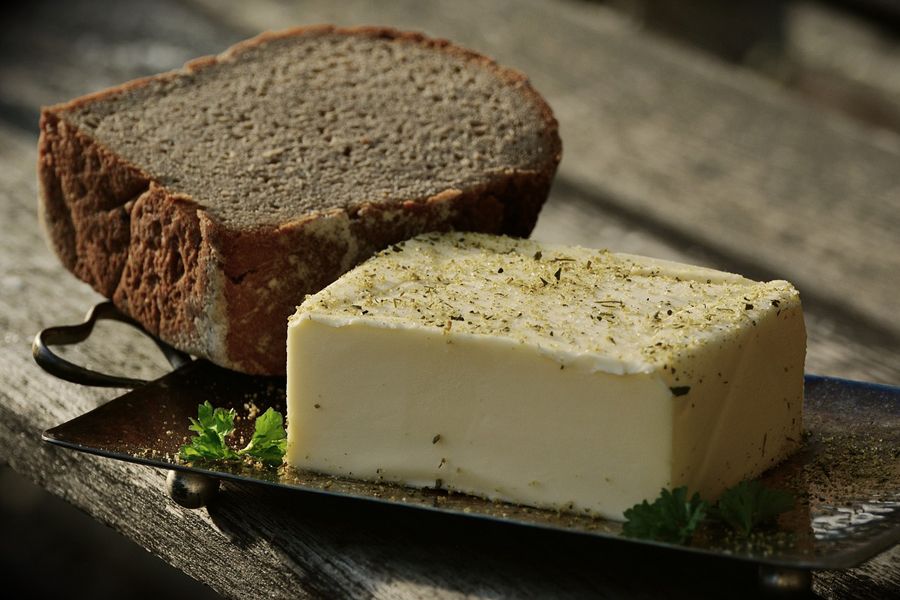 On the surface, it is a humble, open sandwich. It consists of a dark rye bread topped with a variety of tasty treats consumed in a set order. Typically, Danish folk start with briny fish, move on to the meat, and finish with cheese.

Danes prepare these sandwiches with carefully chosen condiments such as fresh dill, peppery onions, and swirls of butter and cream cheese. Eating a smørrebrød the Danish way -- with a knife and fork -- is the best way to proceed.

Every hot dog has its day

If you ever tire of endless rounds of Danish sandwiches, a wide variety of alternative street food awaits. Familiar items such as hotdogs become decidedly gourmet in the hands of a skilled Danish street vendor.

Pølsevogn (hot dog stands/carts) are everywhere and offer choices ranging from boiled red sausage to the ristet, a traditional sausage smothered in mustard, ketchup, and remoulade, and topped off with roasted onions and pickles.

Something's Forgotten in the State of Denmark 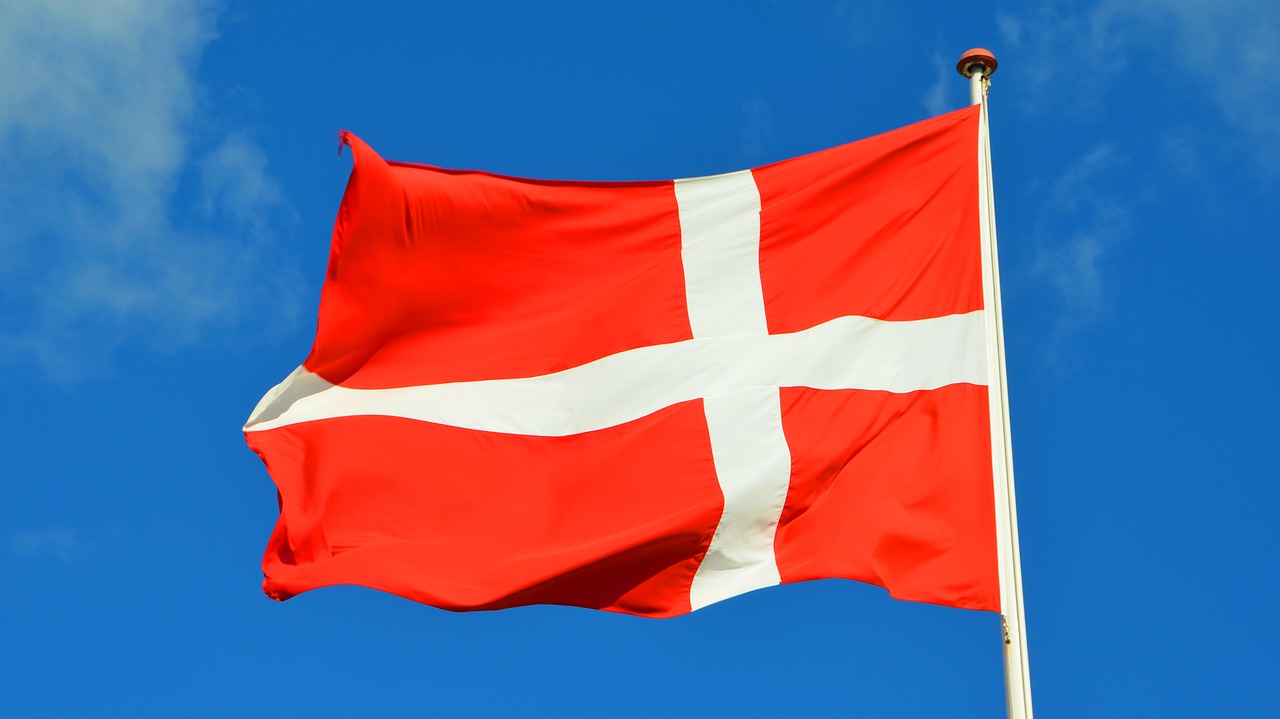 It’s hard to overstate the importance of Danish culture to the very foundation of the European state. But their influence stretches further than you might think.

When, for example, Walt Disney visited Copenhagen’s world-famous Tivoli Gardens, he was so enamored that he resolved to create a similar park of his own. He named it Disneyland.

Other sources of inspiration abound. Physicist Niels Bohr is one of 13 other Nobel laureates to hail from Denmark. Søren Kierkegaard remains one of the most influential philosophers of all time.

Denmark is a land overbrimming with talent and optimism. Thankfully, this national zest for life has had a positive effect on the quality of life. Demark is not only the least corrupt nation in the world, but it’s also one of the most satisfied. The World Happiness Report began life in 2012, and since that time, Denmark has topped the list on two separate occasions.

Unsurprisingly for the country that gave us Lego, the Danish are world class builders too. World Heritage sights such as the 12th century Roskilde Cathedral stand shoulder to shoulder with other magnificent structures built to last.

From the towering spires of Kronborg Castle -- the home of Hamlet -- to the world’s oldest amusement park, the history of the nations is well-preserved.

Visitors can wander through the Lego House, gawk at the Little Mermaid statue, or perhaps even take in some high culture at the magnificent Royal Danish Opera House.

For a small country, there sure is a lot to do. The capital alone provides more than enough reasons to visit. 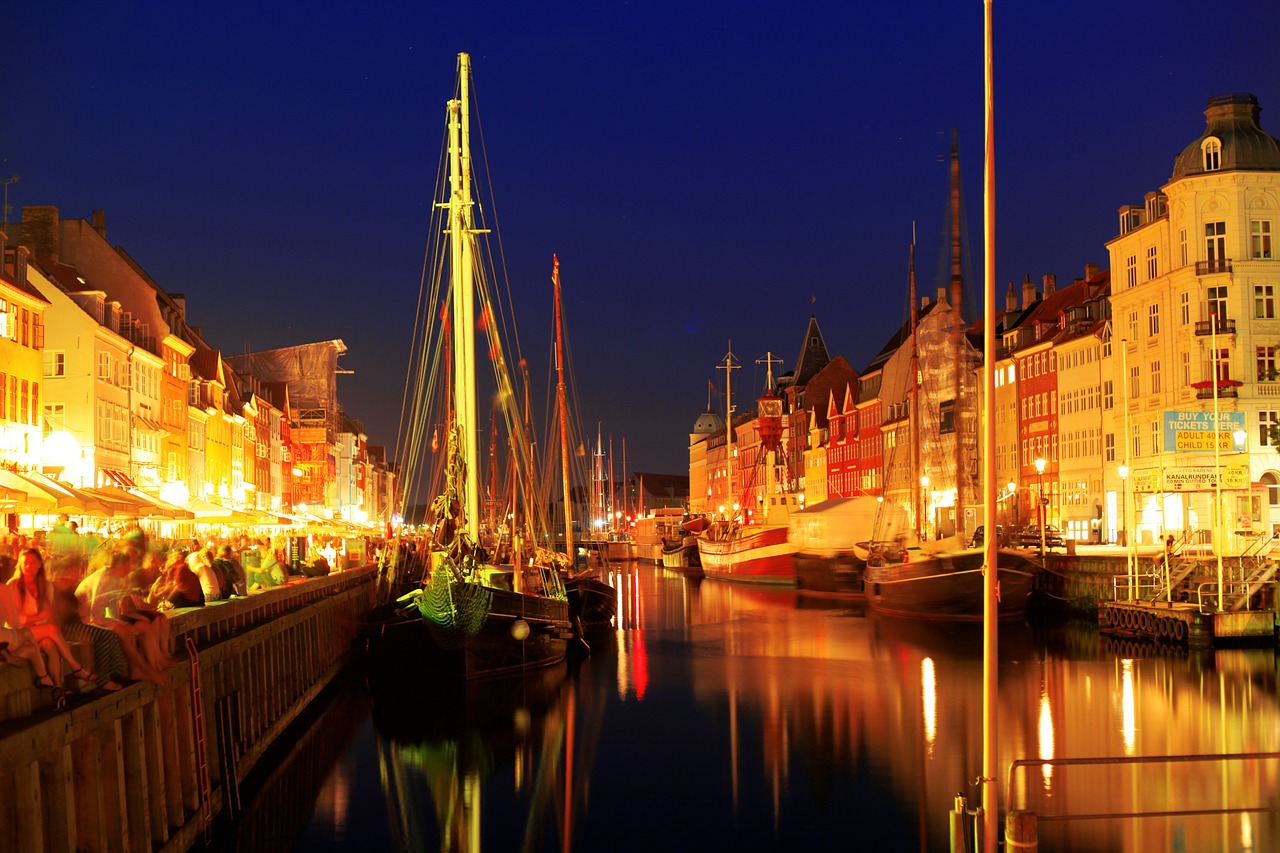 Copenhagen is a city of mixed emotions. It lacks the familiarity of London, the Bohemian ambiance of Amsterdam, or even the intimacy of a Mediterranean climate.

It's perhaps surprising then that one of the lesser known Denmark facts out there is that the Danish capital is considered to be one of the most beautiful cities in Europe, second only to Paris, according to some lists.

The endless streams of silvery canals are so clean that locals fish in them for their supper. Tourists can as well so long as they remember to get themselves a license first. A daily pass costs around $6 to $7 while an annual one runs at $25 to $27.

Meanwhile, accommodation is plentiful and transport affordable. There's so much to see and do that you're unlikely to get bored along the way. Visit Copenhagen is an excellent resource for those interested in learning more about what the city has to offer.

For those visiting Denmark from nearby Germany, traveling into Copenhagen by train is recommended. A first-class ticket from Berlin to Copenhagen is going to set you back around $250 to $490.

The journey lasts about seven hours but takes you through some of the most stunning scenery found in Europe. The slower pace is most welcome.

And if none of these Denmark facts entice or surprise well, not to worry -- hidden treasures abound.

It's a place that houses the world’s oldest musical instruments, the Lur, a curved horn first blown by our ancestors over 3000 years ago. Denmark also boasts the world’s oldest continuous monarchy. Queen Margrethe II's line stretches back over 1000 years. 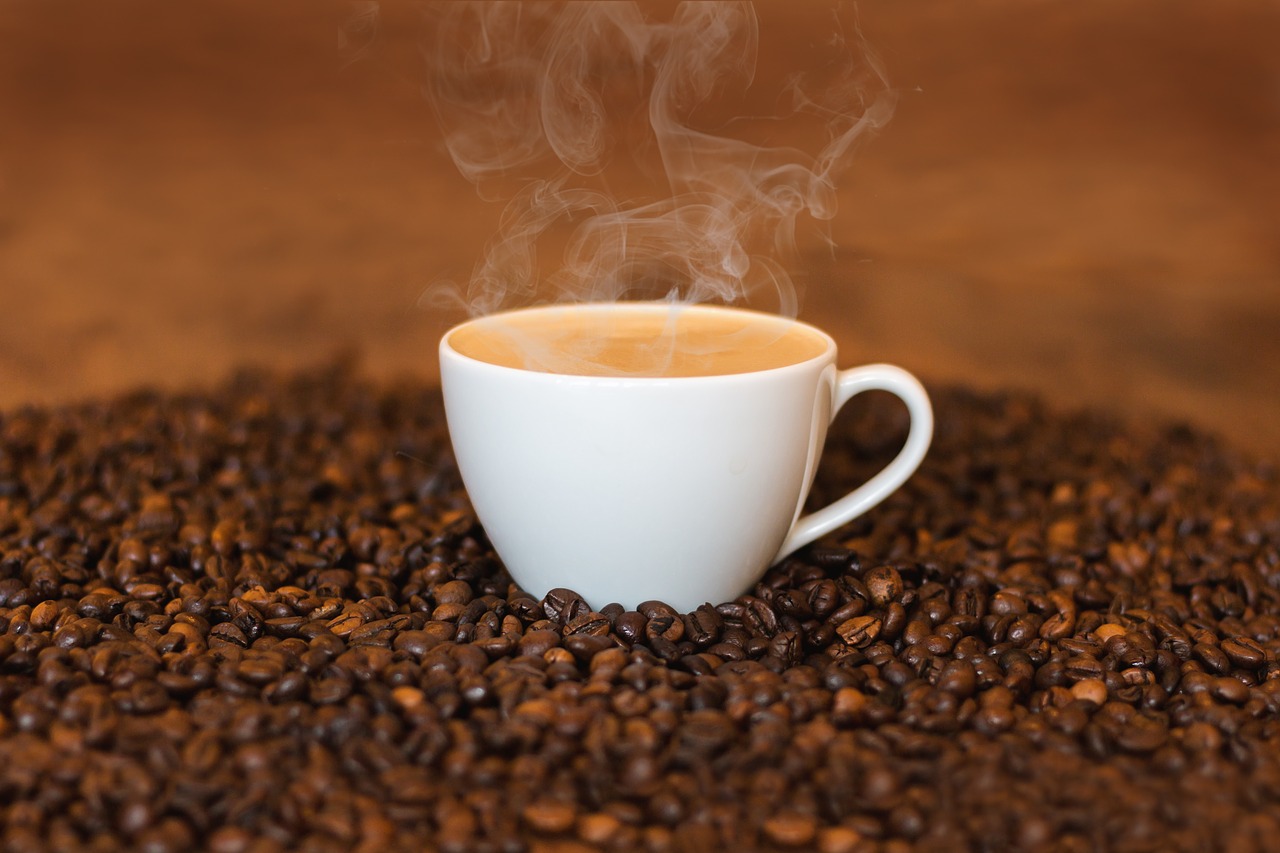 A notoriously windy place, Danish people -- along with all the other Scandinavians -- combat the wild weather by consuming more coffee per capita than anyone else in the world. Visitors to Klitmøller (so-called Cold Hawaii) might need more than a cup of joe to warm them.

Sure, it's something of a surfer's paradise, but when the season opens in March, the water temperatures are a chilly 36 to 43 degrees Fahrenheit (F).

And these are just a few of the things you might not know about this island nation. A beautiful country with much to admire, the real Denmark facts are the ones you discover for yourself. The hidden coves, the forgotten villages, and the stunning vistas await nature lovers.

For city slickers, the vibrant nightlife, excellent eateries, and magnificent architecture have much to offer. So sure, Denmark is a land of contradictions, but as a travel destination, it rarely disappoints.

Have you ever traveled to Denmark? Do you know of any facts we didn't mention? Tell us about it in the comments!