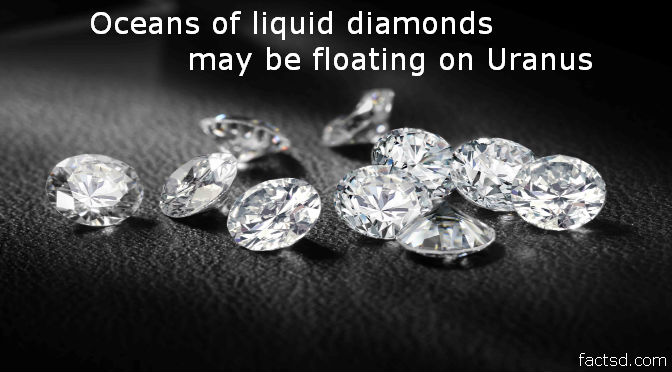 The blue-green color of the planet is due to methane in the atmosphere.

Uranus was the first planet discovered with a telescope.

Uranus has North Pole and South Pole in the middle of the planet generally where equator lies.

Oceans of liquid diamonds may be floating on Uranus and Neptune.

Uranus is referred as ice giants by astronomers.

Uranus is the coldest planet in the solar system.

Uranus is the second dense planet in solar system after Saturn.

Uranus also has rings, but they are very dark and narrow. It has 11 rings.

Uranus has 27 moons and the largest one is Titania.

Uranus has only been visited once by the NASA’s Voyager 2.