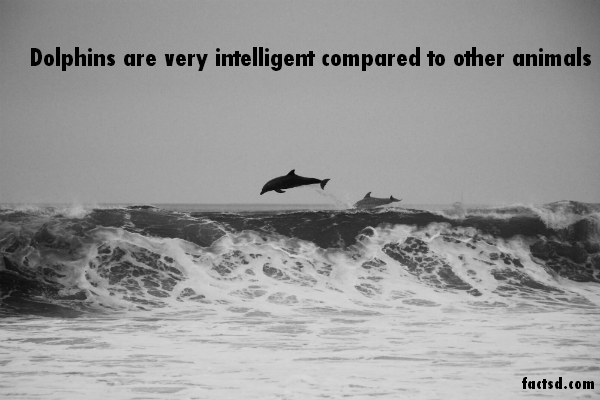 Dolphin facts: Dolphins are adorable, brilliant cetaceans that never cease to amaze. Their intelligence and admirable looks make them the most popular of all the sea animals. There are many facts which are yet unexplored, so dig into these amazing facts about dolphins.

Dolphins are better swimmers than fish because they carry more oxygen in blood than fish and  helping them to swim longer.

If you come across a stranded dolphin, do not help it back into the water. More often than not, they beach themselves purposely because they are sick or injured and are trying to avoid drowning.

Dolphins can identify with humans by checking our skeleton structure through their sonar; often help shipwreck victims fight sharks and stay afloat, because, as mammal, they understand drowning.

Dolphins give each other names and will answer to it even when called by dolphins they don’t know.

Dolphins conserve their energy by swimming alongside ships, a practice known as bow-riding.

Dolphins, whales and apes are the only animals, other than humans to commit suicide.

Dolphins have a super sense: electroreception. They can sense electrical impulses given off by all living things. Dolphins use this to search for fish hiding in the mud.

Dolphins can recognize their old friends even after 20 years of being apart.

Dolphins have a delicate skin and it can be easily get damaged by contact with other surfaces.

Dolphin’s fins not only serve as an aid to swimming but also as heat exchanger. Fins don’t have a layer of fat but has huge amount of blood vessels.