20 Scary Facts That You Need To Be Cautious Of

Truth is stranger than fiction and nowhere is that more clear than in these twenty scary facts. Read on to learn things that will make your hair stand up on end, your skin crawl, and your pulse beat wildly!

Quick Navigation
1. There’s a Nuclear Submarine Sitting at the Bottom of the Ocean
2. A Huge California Earthquake is Inevitable
3. You Lose 8lbs of Skin Each Year
4. You Might Stay Conscious After a Decapitation
5. Cockroaches Can Live Inside Your Ear
6. You Have Bugs Living in Your Eyelashes
7. Do You Know What’s Living in Your Belly Button?
8. Your Cell Phone is Dirtier Than a Public Restroom
9. Beavers Used to Be a Lot Taller
10. We Are More Bacteria Than Human
11. Sudden Death Syndrome is a Real Thing
12. Do You Know How Many Active Serial Killers Are at Work Right Now?
13. Visiting Your Chiropractor (or Vomiting) Might Lead to Your Death
14. Do Not Visit this Island (Ever)
15. Travel Back in Time
16. Russia Might Be Planning to Kill Us All With Smallpox
17. Beware the Friendly Chipmunk
18. Insomnia Might Actually Kill You
19. Whatever You Do, Don’t Let the Tarantula Hawk Get You
20. The Disease That Makes You Smell Like Rotting Fish

1. There’s a Nuclear Submarine Sitting at the Bottom of the Ocean 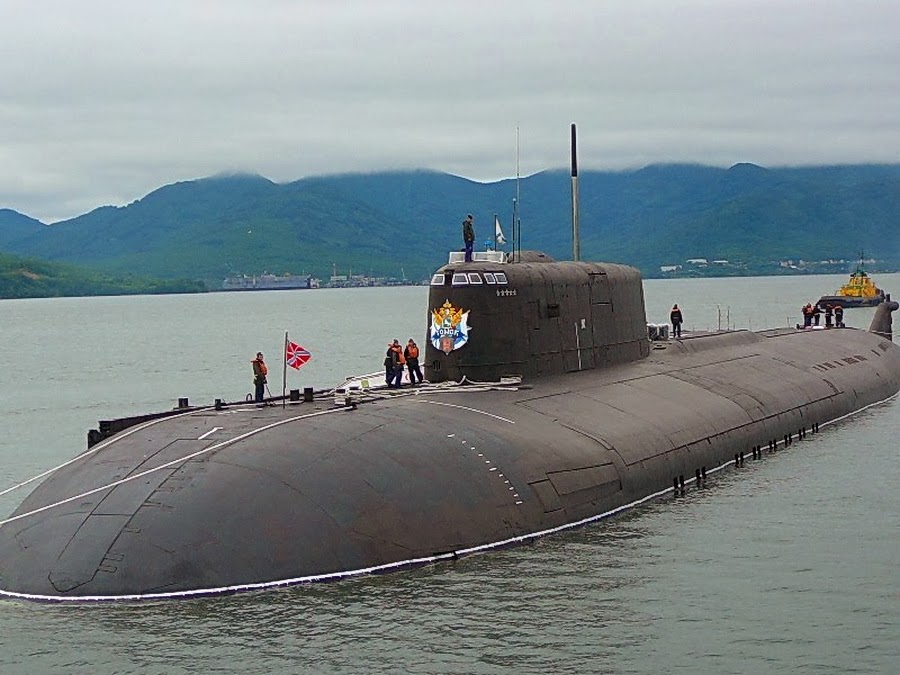 In 1979, during a naval game, Russian submarine K-8 experienced two fires. After three days of battling the blaze and difficult weather conditions, the sub sank, along with forty crewman and eight nuclear weapons. The boat has been impossible to retrieve and continues to sit today on the ocean floor--along with its weapons.

2. A Huge California Earthquake is Inevitable

California’s Central Valley is surrounded by massive faults, the boundaries of tectonic plates where earthquakes form, including the Garlock fault, the Sierra Nevada faults, and the infamous San Andreas fault.

Most Californians realize this, but what they don’t know is that California is experiencing what is known as an earthquake drought. The last time the area experienced a quake that was a seven magnitude or higher was in 1906 when 3,000 people died in San Francisco.

It’s been over a hundred years since a quake, and geologists feel another one is imminent. This time, however, the area is much more densely populated, and the effects could be catastrophic.

3. You Lose 8lbs of Skin Each Year

All that dust that keeps collecting on the television and the bookshelves? It might not be dirt; it might be you! Scientists estimate that humans are composed of approximately ten trillion cells, and it’s believed we lose approximately one million of those cells each day.

Thanks to new cells growing and pushing the old cells off the island, so to speak, you’ll shed about eight pounds of skin a year. Gives dusting a whole new sense of urgency, doesn’t it?

Scientists have hooked monitored lab rats’ brain activity after decapitation and have found a creepy conclusion: brain activity continues for several seconds. There’s little chance of scientific observation of this phenomenon in humans, but stories of severed heads making faces, grimacing, or even trying to talk about been around for decades.

5. Cockroaches Can Live Inside Your Ear

Cockroaches are common in cities like New Orleans, Houston, and Florida, thanks to their warm, humid climates and recently a Florida woman rushed to the ER after a small cockroach crawled inside her ear.

A specialist had to go in nine days later to complete the removal, but this is also a common occurrence in South Africa. Moral of the story? Sleep with earplugs!

6. You Have Bugs Living in Your Eyelashes

You’d probably never know unless you have rosacea, which is sometimes an allergic reaction to dust mite feces. Gross!

7. Do You Know What’s Living in Your Belly Button?

Bacteria, that’s what. Several years, a research team at the North Carolina State University decided to test the bacteria in people’s belly buttons. After testing 60 people, they found more than two thousand different bacteria species, with the average person harboring about 67!

Some bacteria strains were so rare they’ve only previously been found in places like Japan or ice caps. How’s that for well traveled?

8. Your Cell Phone is Dirtier Than a Public Restroom

We drag our phones everywhere--the doctor’s office, the bathroom, the kitchen--so it shouldn’t be a huge surprise to learn how dirty they can get. We were still disturbed, however, to find that a study at the University of Arizona revealed that most people’s phones have more than ten times the bacteria found on a toilet seat.

Excuse us while we go clean our phones.

9. Beavers Used to Be a Lot Taller 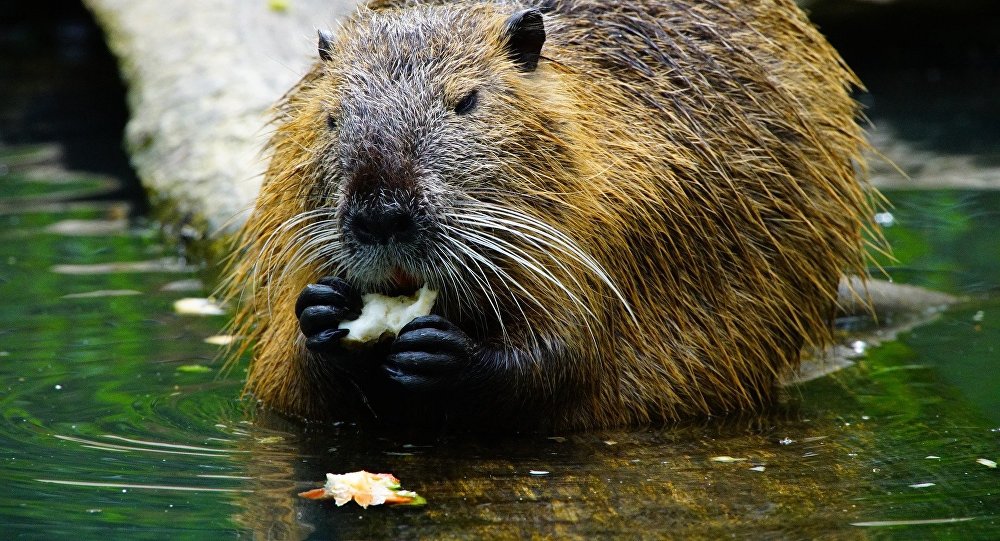 We’re betting you’ve never had a nightmare about a giant beaver, but there’s a good chance that’s about to change! Those cute little furry creatures with the big teeth and flat tails used to be quite a bit bigger. At about eight feet long, it was the size of today’s black bear. Wow!

How big do you think those dams were?

10. We Are More Bacteria Than Human

It sounds straight out of a science fiction novel, but it’s true: researchers have concluded that humans are comprised of more microbes than actual human cells! It sounds disconcerting, but the amazing thing is that the microbes provide necessary genome information for our survival.

While they only account for about 3% of our total mass, they keep us alive. Fascinating!

Known as Sudden Arrhythmic Death Syndrome (SADS), it’s a type of death that occurs unexpectedly, without warning, often in your sleep, and with no known cause. Officially, scientists have known about it since the 1970s, but despite extensive research into a portion of the cases, they can’t figure it out.

12. Do You Know How Many Active Serial Killers Are at Work Right Now?

We do. And so does the FBI. John Douglas, a former FBI chief, estimates that (conservatively) there are approximately 25-50 serial killers out there today. While technically serial murders only account for about 1% of all murders, we feel this is still about 25-50 serial killers too many.

13. Visiting Your Chiropractor (or Vomiting) Might Lead to Your Death

The artery walls in your neck may experience small tears (known as cervical artery dissections) as a result of an energetic thrust or rotation of the neck. When does your neck move like this? It can move like this when you’re vomiting, sneezing, coughing, or getting your neck cracked by a chiropractor.

It’s long been known that these kinds of injuries account for as many as a quarter of stroke cases in patients under the age of 45. Maybe skip the neck part the next time you go in for an adjustment.

One of the scariest places on earth, Shedao is an island off the coast of China in the Bohai Sea. The tiny island was once a peninsula but is now the home of 20,000 (yes, you read that correctly) Pit Vipers.

These snakes have killed off everything else on the island and live on migrating songbirds by slithering up tree branches to catch the poor things as they alight to rest after a long day of flight.

Speaking of scary islands, North Sentinel Island, off the coast of India, is home to one of the world’s most isolated tribes, the Sentinelese. As many as 400 live on the island, but they’re so aggressive and difficult to communicate with that the Indian government has put a stop to all attempts.

Experts believe this people group is pre-Neolithic (living in the Stone Age), but little else is know about them.

16. Russia Might Be Planning to Kill Us All With Smallpox

Smallpox has been all but eradicated since the 1970s, thanks to vaccines, but two labs--one in Atlanta, Georgia, and the other in Russia--have been approved by the World Health Organization to store samples.

But were supposed to destroy their stock in the 90s, but neither has, and Russian defectors say the Russian government has big plans for its smallpox--as in, biological weapon kind of plans. The bad part? We don’t manufacture smallpox vaccines anymore.

You thought you were safe from the Bubonic plague, right? Wrong! The deadly virus emigrated to the United States on rats and today infects our happy woodland creatures, like chipmunks. They won’t get sick from it, though you might. Take heart, however; the death rate is low and now we have antibiotics!

It’s hard enough to fall asleep at night, and this scary fact might make it even harder! Fatal familial insomnia is a deadly insomnia that doesn’t just keep you from being able to sleep. It also causes dementia, muscle twitches, hallucinations, and makes you unable to talk or walk. Lovely, right? Sweet dreams!

19. Whatever You Do, Don’t Let the Tarantula Hawk Get You

Know to have the most painful stings in the world, the tarantula hawk is normally pretty mild-mannered. It’s a very large dark-colored wasp that hunts tarantulas (the sight alone is scary) and fortunately the stink won’t kill you...but it might make you scream for about five minutes. Literally.

20. The Disease That Makes You Smell Like Rotting Fish

There seems to be no end to the strange and weird things that can happen to humans, and the final story on our list of scary facts is a doozy. There’s a disease called trimethylaminuria (TMAU) that causes patients to reek of decaying fish.

As if that weren’t bad enough, there’s little option for treatment and doctors aren’t sure how people get it.

Had enough scary facts for the day? Us, too. Now to crawl into the fetal position...