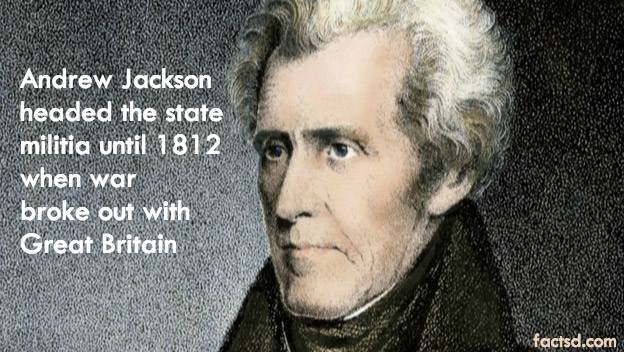 Andrew Jackson Facts: Interesting facts about Andrew Jackson. Jackson can be adjudged as the nation’s first frontier president and his election became a turning point in American history with the shifting of political clout from the East to the West.

Andrew Jackson was born in a very poor family but he became one of the wealthiest Tennessee lawyer by the beginning of the eighteenth century.

However his rise to fame as a military hero started in 1812 with the beginning of hostilities with the United Kingdom.

He was one of the most polarizing and influential politicians during the 1820’s and 30’s.

He lost the election to Quincy Adams in the contentious 1824 presidential election. However he returned with a resounding victory four years later defeating Adams to become the seventh President of the United States.

He was the leader of the new Democratic Party and was at loggerheads with the Whig Party and Congress on polarizing issues such as the Bank of the United States.

He was instrumental in forced relocation of Native American tribes living east of the Mississippi and his image was tarnished.

The birthplace of Andrew Jackson is uncertain but he was born on March 15, 1767 on the border between North and South Carolina with both states claiming that he was born in their state.

War with Great Britain started with the latter attacking Carolinas in 1780-1781 and Jackson lost his mother and two brothers in the war. This made him bitter with UK and he had a lifelong enmity with Great Britain.

He was captured prisoner by the British and was asked to polish the shoes of one officer. On refusal to do as ordered, he was struck on his face with a saber and it left a permanent mark on his face.

He started studying law in his teens and was called to the North Carolina bar in 1787.