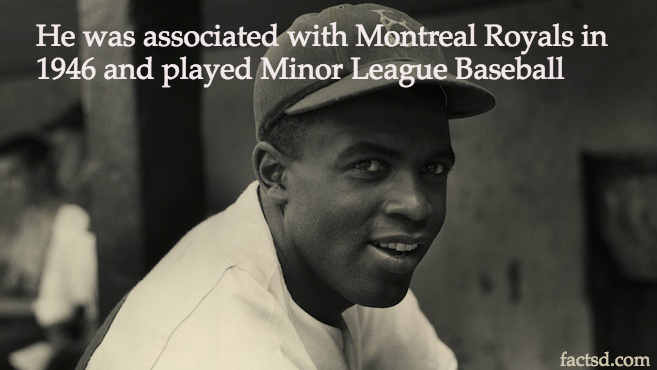 Jackie Robinson facts: Interesting facts about Jackie Robinson. Jackie Robinson was always regarded as a prominent figure in the Civil Rights Movement in the 1960’s and he was lauded by none other than Martin Luther King Jr. who once said Robinson was “a legend and symbol in his own time” who “challenged the dark skies of intolerance and frustration.”

Jackie Robinson was a baseball player who was born on January 31, 1919. Before he became a professional baseball player, he played football for Honolulu Bears.

He was also known as Jack Jackie Roosevelt Robinson was born in Cairo Ga. However the family soon shifted and settled in Pasadena, California.

Roosevelt was added in his name in memory of President Roosevelt who had died about 25 days before his birth. He remained his ideal all through Jackson’s life.

He was born the youngest of the five children and had a childhood filled with struggle and poverty in a relatively well off community in Pasadena.

He did his schooling from the John Muir High School and was selected to play for Pomona Annual Baseball Tournament All-Star Team.

He played with future fellow Ted Williams of the Boston Red Sox and Bob Lemon of the Cleveland Indians and both were to feature in the future Baseball Hall of Famers.

He was a proficient tennis player and won a single title in the Pacific Coast Negro Tennis Tournament.

His brother Mack was also an athlete and famed sprinter and won Silver medal in 200 meters just behind the famed Jesse Owens in the 1936 Summer Olympics in Berlin, Germany.

Like most athletes and players of his era, his career in sports was interrupted by the WWII. During his military career he did not play pro football or any organized base ball between his last UCLA game in 1940 and his first game for Kansas City Monarchs in 1945.

He joined the army in 1942 and was sent to a segregated Army Cavalry unit in Fort Riley, Kansas.