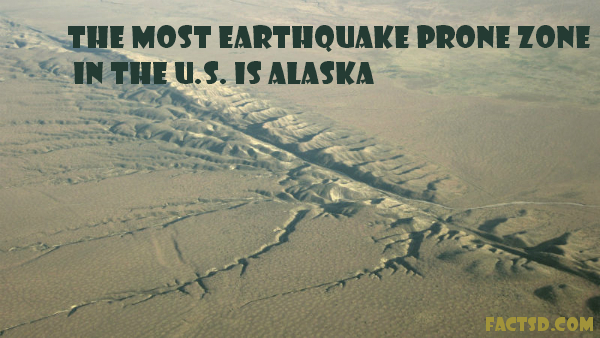 80% of the earthquakes happen on the rim of the Pacific Ocean and it is called as Ring of Fire.

Every year, more than 8,000 people die due to earthquakes.

An average earthquake lasts for around one minute.

The longest earthquake to ever occur was the Indian Ocean earthquake in 2004 that lasted for 10 minutes.

Canals and ponds release underground gases before an earthquake and cause a pungent smell around the location.

Tectonic plates move 3 inches every year but a slight movement of 20 centimeters i.e. 3 inches and 3 centimeters causes the earthquake.

Due to the oil extraction, the rock moves to fill the void space causing minor earthquakes.

The 2011 Japan’s Earthquake has shortened the Earth’s day by 1.8 microseconds because it increased the speed of the Earth’s rotation.