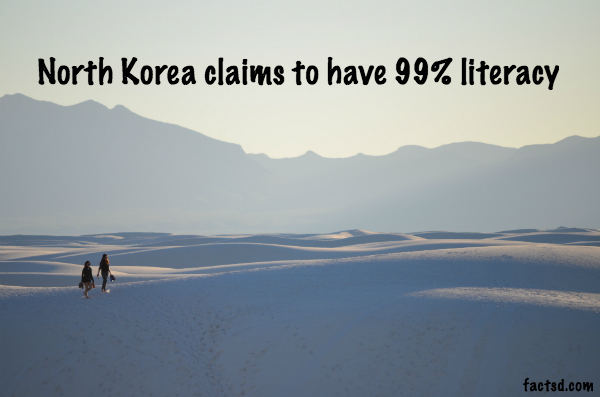 North Korea facts: 46 interesting facts about North Korea. North Korea is one of the most reclusive nations and has literally cut itself off from the rest of the world. Despite its small size and poor GDP, it has managed to remain in limelight for its nuclear threats and missile diplomacy. However, very little is known about the country and it along with Cuba remains the last bastion for the utopian socialist dream. Let’s explore more facts about North Korea.

North Korea came into existence in 1948 but is not recognized by Japan and South Korea.

Marijuana is legal and not classified as a drug in North Korea.

North Korea calendar the year is not 2017 butt 104. The country uses a calendar based upon the birth of Kim II-Sung.

North Korea is not a communist country. It is instead based on the principles of Juche or self reliance.

North Korea claims to have 99% literacy.

Kim II-sung ordered 1000 Volvo sedans from Sweden to North Korea in 1974. However, he never paid for them. North Korea owes Sweden €300m for 1,000 Volvos and every 6 months Sweden sends them reminders.

Car is a luxury in North Korea and only Government officials and military can own them.

The reclusive nation also has a space program and the agency which oversees the space missions is NADA.