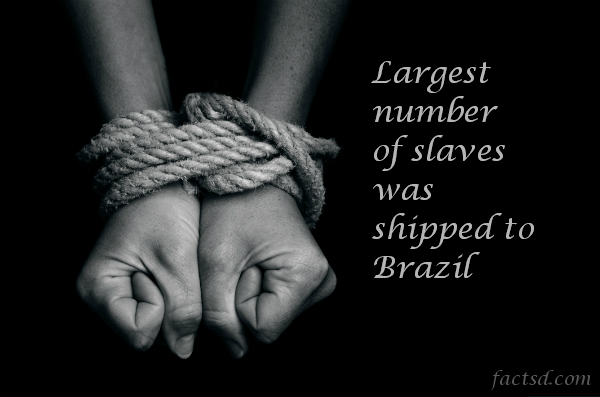 Slavery Facts: Interesting facts about slavery. From ancient Greece to modern Americas, slavery has afflicted every part of the world. It spans every nationality, religion and culture. However, the economic, social and legal position of slaves varies from different system of slavery in different times. Though slavery is abolished in every country and liberty, freedom is considered as human rights, it is still practiced unofficially in different regions of the world. Let’s explore interesting slavery facts and information.

Mauritania is the last country to outlaw slavery. It abolished slavery in 1981, but made it a crime in 2007.

Though slavery is outlawed in every country, the number of slaves today is estimated between 12 – 29.8 million.

There is ant specie that relies on slave labor from other ants, as it is incapable of feeding itself or caring for their young.

India has the highest number of slaves, followed by China and Pakistan.

Slavery in china was abolished officially in Qing dynasty in 1910 but it is still practices unofficially in some parts of the country.

In 1776, England started sending convicts to Australia because the American Revolution made it impossible for them to continue sending their convicts to U.S.

Today there are more people in slavery than at any time in human history.

One of the secrets of Harriet Tubman for never losing a slave in the 19 trips on the Underground Railroad is that she drugged the kids with opium to keep them from crying.

Harriet Tubman carried a gun on the Underground Railroad. This was to threaten a slave who would threaten to give up and go back to plantation.

Spartans would force their slaves to get debilitating drunk in public so that they can show the youth that how they shouldn’t act and to encourage self-control.